When I was in middle school, I had gone to a school named after St. David.  One thus would have thought that St. David’s feast day would have been a big deal for the school, but most people would be more excited about bedazzling themselves in shamrock themed outfits on St. Patrick’s Day instead.  Finally, in my last year, we got an art teacher who recognized that St. David’s Day actually existed.  For our assignment, we were asked, simply, to draw a picture of St. David.  We were admittedly given very little to work with: all the teacher mentioned was that St. David was the patron saint of Wales, and we were given a badly photocopied image of the Welsh flag to go along with that information.  Naturally, as middle schoolers are wont to do, many included an image of St. David riding a whale.  It was such a clever and original idea that approximately half the class did so.  I went the other route and drew a saintly looking old dude in front of the dragon from the Welsh flag because dragons are awesome.

When involving saints, pretty sure only images of St. David or St. George can include dragon themes without being slightly blasphemous.

Since my knowledge of St. David is obviously lacking in spite of my old school, I figured it would be fun to do some research on St. David for this blog post.  What I learned is… that we actually don’t know that much about him.  Indeed, most of St. David’s background seems to be shrouded in legend.

Even his genealogy appears slightly strange, as many writers, including Geoffrey of Monmouth, refer to him as either the nephew or uncle of King Arthur. 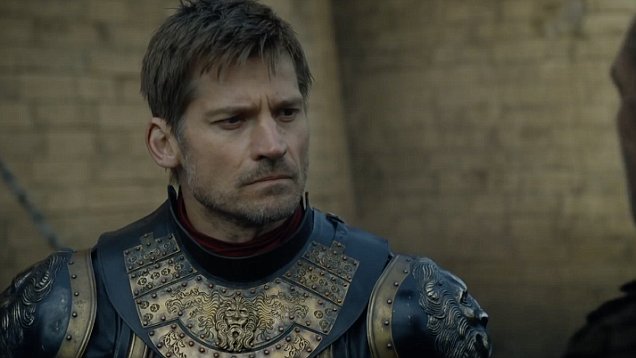 And even if we call him the uncle/nephew of King Arthur, it’s always better than being the uncle/father of the former King Joffrey.

At the same time, St. David appears to have done some normal, saintly deeds as well.  One of his biggest contributions was acting as a missionary to the British, while establishing 12 monasteries along the way.  He eventually became associated with ascetic monks, as he formed these monasteries with the intention of them adhering to such values.  At one of these monasteries, St. David was betrayed by a group of monks, who attempted to poison him.  Luckily—and here is where things get a bit more legendary in nature—St. Scuthyn informed St. David of their evil intentions after traveling to him from Ireland on a sea-monster.  With this knowledge in hand, St. David performed a miracle by blessing the bread to hinder the effects of the poison.

In addition to this story, St. David also did a couple other cool things.  For example, at the Synod of Brefi, St. David raised the earth beneath him for the purpose of being heard from greater distances.  Hopefully, he did not create these hills too often, but, if he did, I guess we now know why Wales looks like Maud’s crumpled up syllabus from our first class.

St. David also became associated with leeks due to his involvement in a battle of the Welsh against the Anglo-Saxons.  For this battle, he insisted that the Welsh warriors wear leeks in their hats, so that they would not be confused as to who was fighting for which side during the battle.  In this battle, the Welsh were victorious.

Farfetch’d later became the second to know the value of a leek in battle.

With regards to St. David’s feast day itself, it is not recognized as a bank holiday in the UK.  Even so, many still celebrate it in Wales.  This holiday appears to be one in which the Welsh celebrate their own culture, as many wear daffodils and leeks, along with traditional outfits, on this day.  Some cities, like Cardiff, also include parades.

So, St. David Day is coming up on March 1st. Get ready to turn up like it’s St. Patrick’s Day!  On the plus side, the bars will be far less packed. 😀