Let’s talk about beer.  At some point, we have all probably enjoyed a pint (or four) of Ireland’s iconic “black stuff”.  If you have, you’re not alone – in fact, over 10 million glasses of Guinness are consumed, around the world, every single day.  Even the Obamas love a good pint! Guinness has indeed become both an iconic, and wholly beloved aspect of Irish culture.  So how did Irish nectar reach this storied cultural status?

In 1759, Arthur Guinness, then 34, signed a 9,000 (yes, 9,000) year lease on the property that was to become the world-famous St. James Gate Brewery, where the vast majority of Guinness Stout enjoyed around the world is still brewed today.

In its fledgeling years, the St. James Gate Brewery only produced a variety Arthur called “Guinness Dublin Ale”.  By 1794, however, darker porter brewed in London had become the newest trend, and Arthur, luckily, decided to try his hand at the new style.  Over the years, this experiment would come to be the Guinness Draught we know and love today, introducing “stout” a completely new beer variety, to the world. 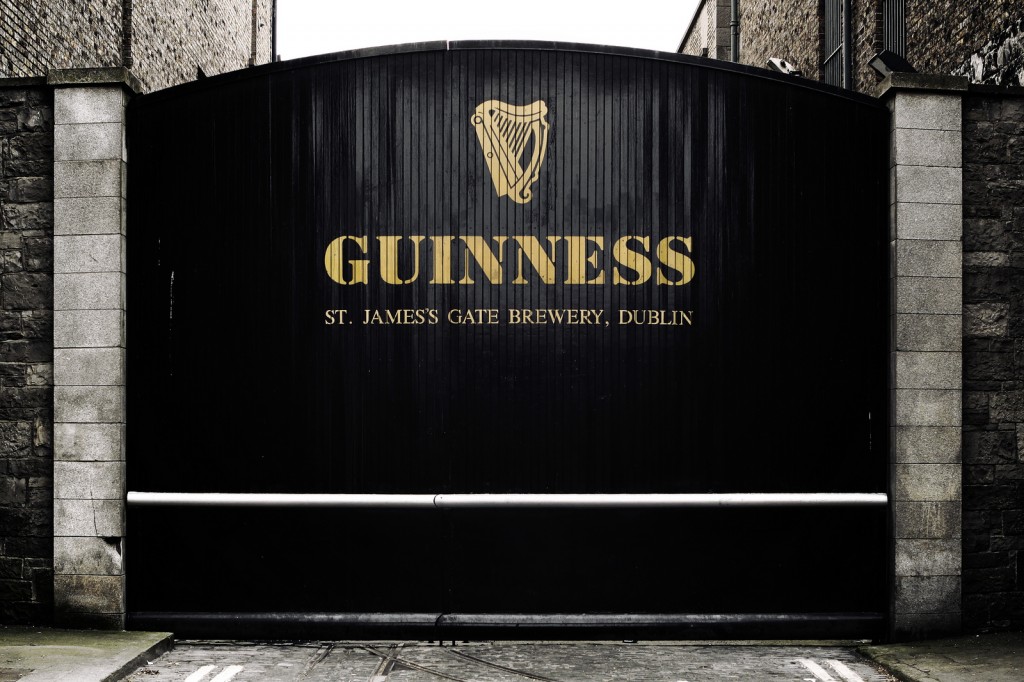 So what makes Guinness so special?  A pint of the black stuff only contains four unique ingredients: water (from the nearby Wicklow mountains), hops, yeast, and roasted barley, which gives the beer its iconic dark color.  Nitrogen is then pushed through the liquid to create the iconic creamy head and smooth taste. 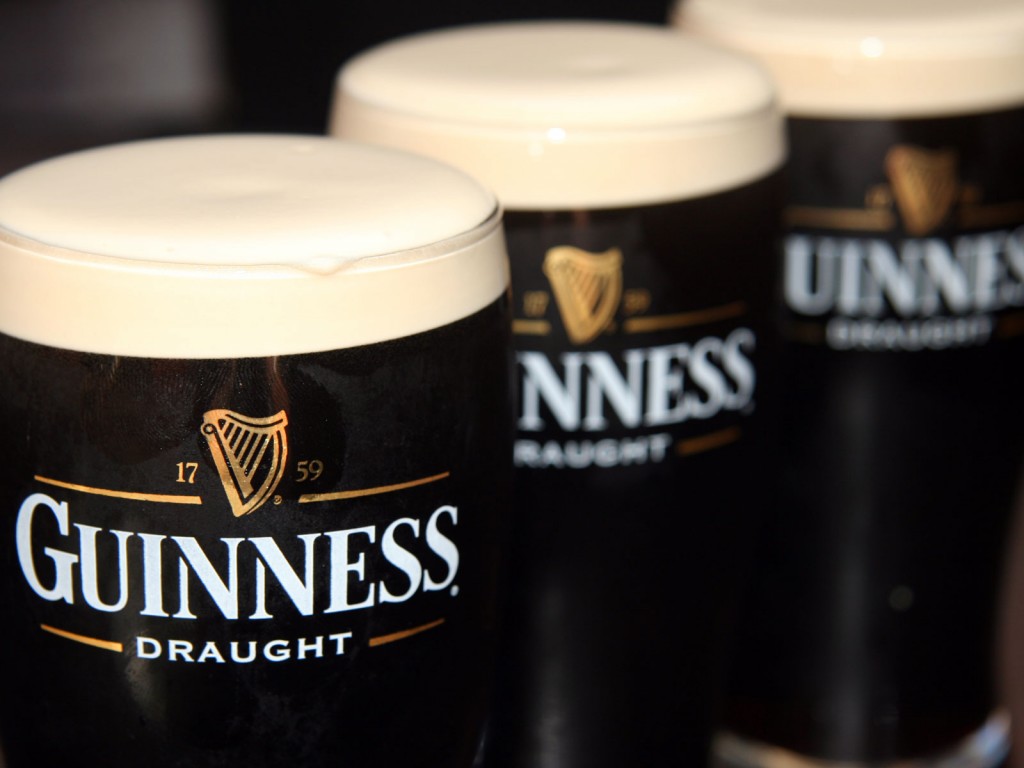 To enjoy your pint like a true Dubliner, however, you first have to master the art of the perfect pour.  Here’s a handy guide: 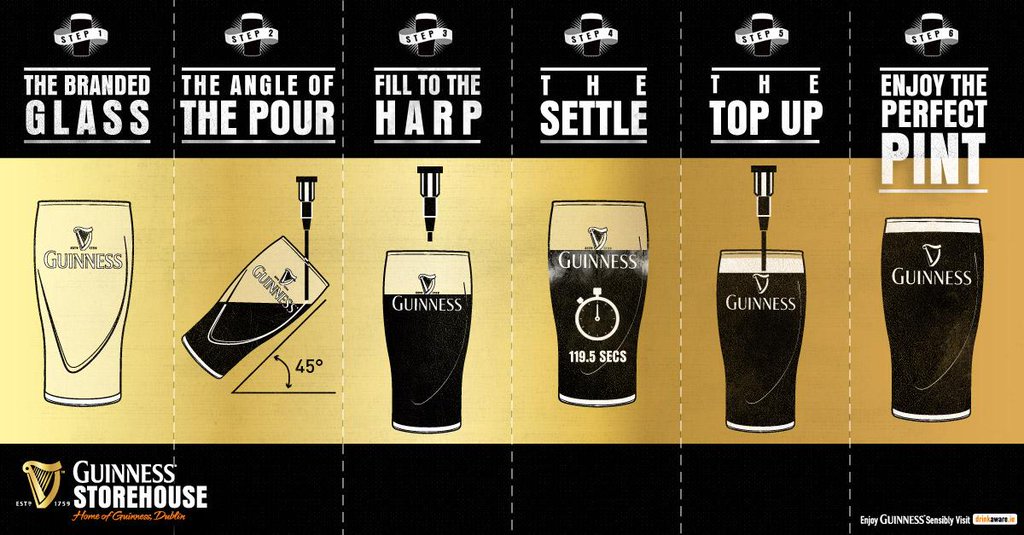 Make sure to wait the full 119.5 seconds for your glass to settle before topping it off (or worse, drinking it) or you will get some very judgmental glances from the Irish folk around you.  Don’t worry, though, foreigners can definitely get it with practice. 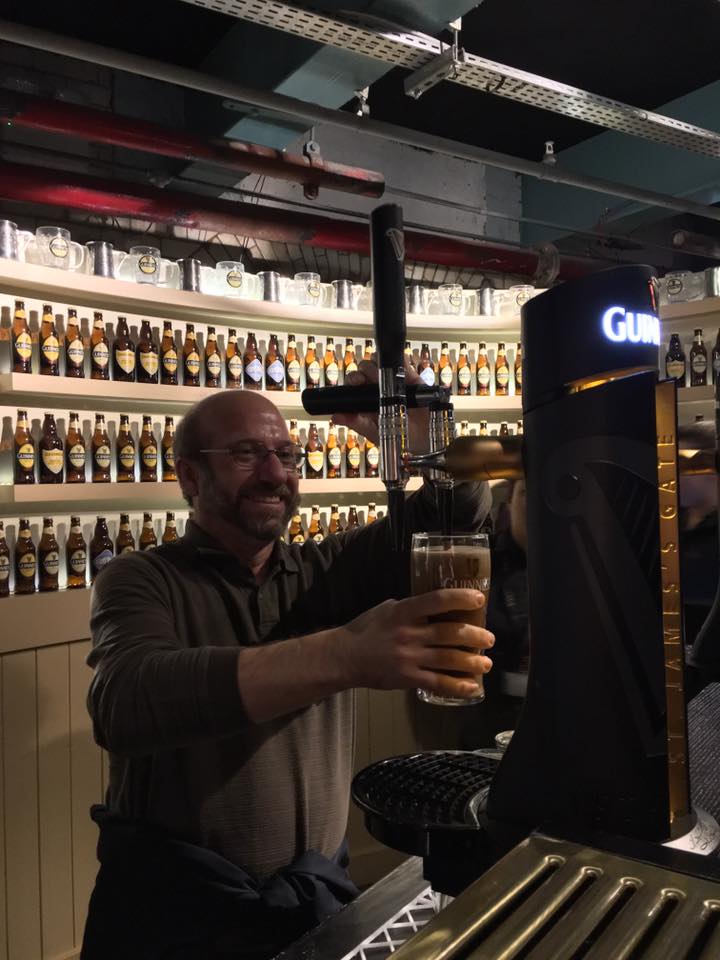 Now that you have poured the perfect pint, sit back, relax, enjoy, and don’t forget: Guinness good for you.  Slainté! 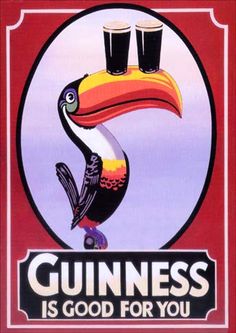