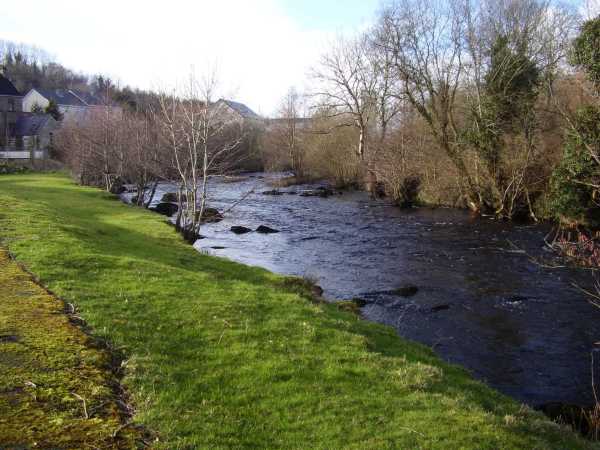 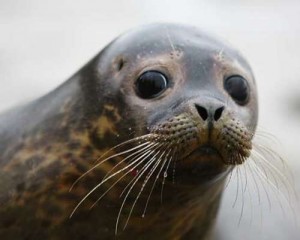 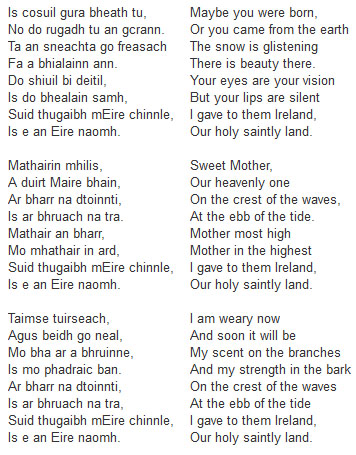 The Yeats poem that you ordinarily read in high school, probably before reading Chinua Achebe’s Things Fall Apart, is “The Second Coming.” Building its energy on scenes of expanding chaos and religious omens, the poem is famous for lending a title to Achebe, but the first line is perhaps the second-most recognizable:

“Turning and turning in the widening gyre”

This is likely the first place most people hear the word ‘gyre,’ unless it’s the second line of “The Jabberwocky” or in discussions of ocean currents.

“The Second Coming” is an excellent example of the spirit of Yeats’ understanding of gyres. The poem shows devolution after devolution (or revolution, or revelation?) into disorder, giving an overall picture of the structure of the world unraveling. Far from ending in complete chaos, though, the direction of the poem brings the weight of all of history’s fractured pieces to bear on one individual in the last lines: “And what rough beast, its hour come round at last, / Slouches towards Bethlehem to be born?” When all the madness and confusion seems to be at its highest, widest state, the moment simultaneously contains a singular, infinitesimal pinpoint of hope and direction for the future. More or less, this is the essence of gyres. 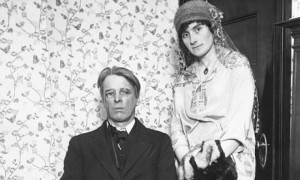 All other extreme weirdness of W.B. and his wife, George’s relationship aside (as much as I regret to say that), it was the major catalyst for the creation of A Vision (1938). Yeats, in the introduction, describes the very start:

On the afternoon of October 24th 1917, four days after my marriage, my wife surprised me by attempting automatic writing. … I persuaded her to give an hour or two day after day to the unknown writer, and after some half-dozen such hours offered to spend what remained of life explaining and piecing together those scattered sentences. “No,” was the answer, “we have come to give you metaphors for poetry. (8)

The “unknown writer” evidently went on to elaborate upon some of Yeats’ own philosophical ideas, though to say “elaborate” is an understatement. George continued to write daily all the way until 1919, when the “communicator of the moment — they were constantly changed” decided to switch from written to spoken word so as not to tire George out too much. This eventually manifested in sleep-talking, which overtook the entire set of communications with the ones Yeats calls “my teachers.” In a strange anecdote, once while having a sleep-conversation with George, Yeats discerned that she was dreaming she was a cat, and so, naturally, she was unable to speak English. Frustrated with this, he, naturally, pretended to be a dog. She awoke so frightened that he vowed never to do so again.

Yeats wrote down all George said in her sleep, and noticed that the enthusiasm on the part of the “teachers” grew whenever Yeats himself seemed excited. Quite the coincidence, no?

…then on December 6th a cone or gyre had been drawn and related to the soul’s judgment after death; and then just as I was about to discover that incarnations and judgment alike implied cones or gyres, one within the other, turning in opposite directions, two such cones were drawn and related neither to judgment nor to incarnations but to European history. (11-12)

If we think of the vortex attributed to Discord as firmed by circles diminishing until they are nothing, and of the opposing sphere attributed to Concord as forming from itself an opening vortex, the apex of each vortex in the middle of the other’s base, we have the fundamental symbol of my instructors.

Yeats goes on to justify the common existence of gyres in practically every philosophy he can think of.

To Yeats, the gyres are omni-relevant. Any problem can be better understood by conceiving of it in gyres, evidently, and every philosophical, psychological, spiritual, social, historical, mathematical, astrological, astronomical, personal, public, literal, figurative, fantastical, and mundane aspect of life can be mapped successfully onto some gyre system.
To make a very long story very short, Yeats sets gyres in enormously complicated geometrical relation to one another to all sorts of symbolic ends, including astrological signs and cycles of the moon (surprise surprise — you thought Yeats would forget to include the moon?), as well as observing these constructions from all angles with all planes and lines acting symbolically to fit every single aspect of his worldview into the shape of a cone.

Much of A Vision is jargon and appropriated philosophy, as well as some commonly-acknowledged spiritualist hoaxes. That’s not to say the topic is unworthy of study, of course — quite the opposite is true. The Cambridge Companion to Yeats admits:

Such a proposal is of course just as silly as Auden accused Yeats of being, with those persistent enthusiasms for occultiana, from fairies to scrying to emanations of disembodied spirits. … [However,] scholars like me are a bit ridiculous when we try to fit a complex and spiritually adept poet into our own pseud0-empirical-critical systems. (148)

To read Yeats in the context of beliefs so deeply ingrained in his psychology and spiritual practice is to open up a new set of meaningful readings, regardless of objective critiques of the gyre system itself. Fathoming the scale of his theories lends his poems an even deeper gravity, especially registering on the personal level of his own constant dissatisfaction with the idea of a non-symbolic world. To even try to comprehend what Yeats was attempting in A Vision, unifying all of human experience in a logical-symbolic system, tells a great deal about his preoccupations: structure amid too much chaos, and revolution amid too much structure; extremes tempered always by their antitheses; life proceeding as naturally from death as death proceeds from life. 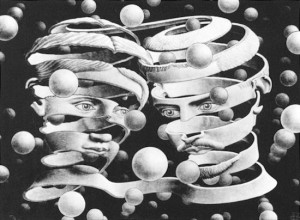