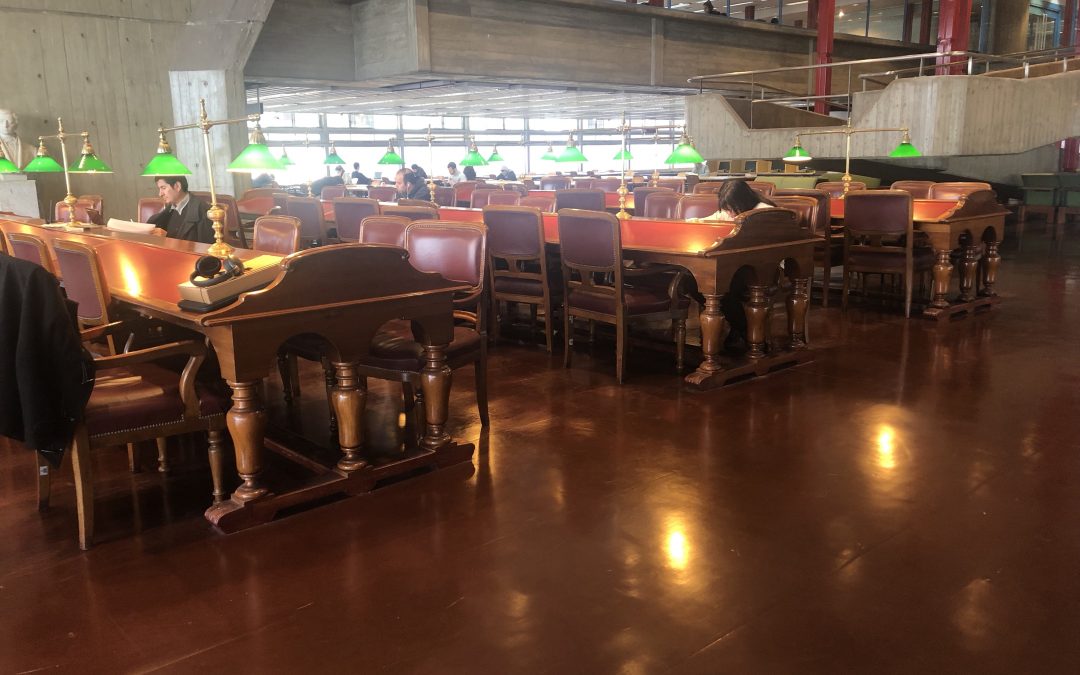 Federico Perelmuter ’21 on Photography and Disappearance 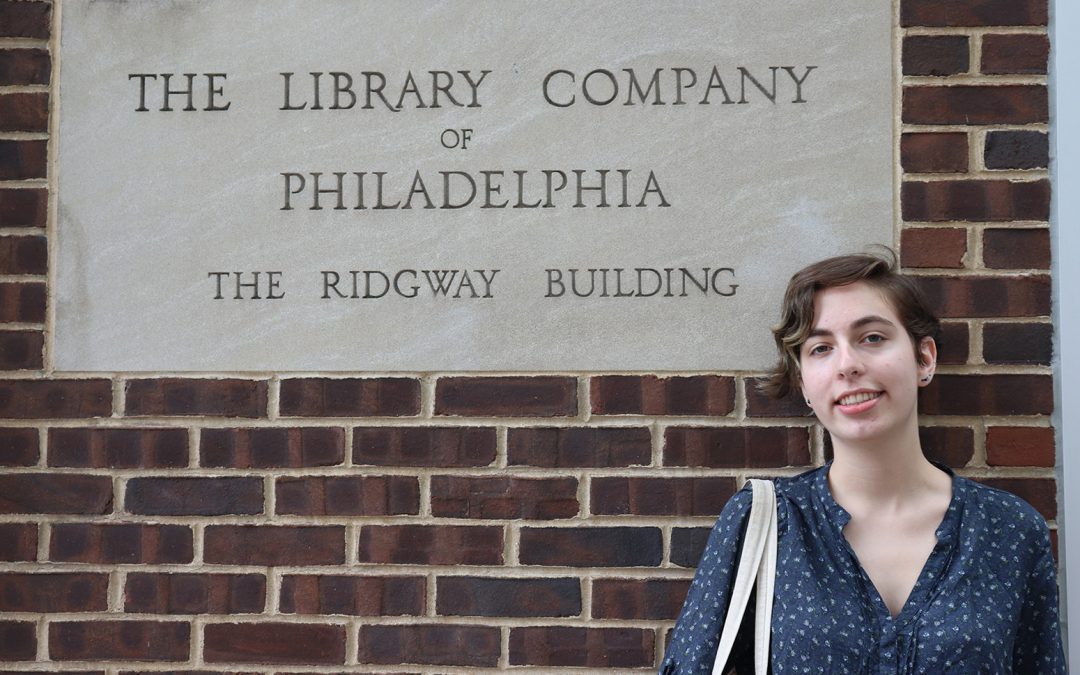 Mathilde Denegre ’21 details her work cataloging 19th century ephemera as an intern with the Library Company of Philadelphia’s Print and Photograph Department. 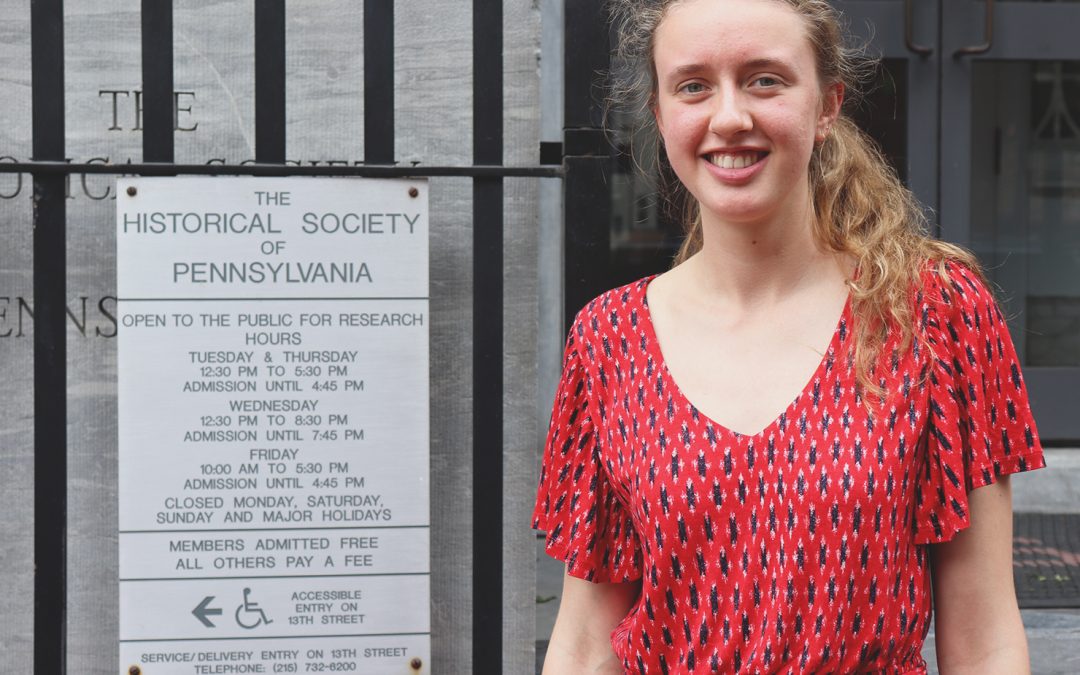 Jo Mikula ’20 details her summer role with the Programs and Services Department at the Historical Society of Pennsylvania. 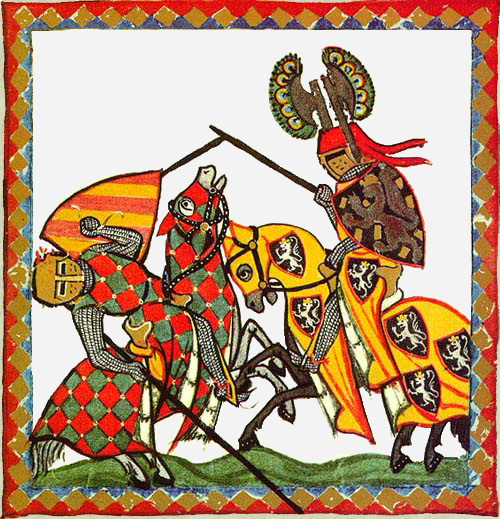 Geoffrey of Monmouth- History or Fiction?

This summer, I’m researching the ways that history was created and used politically in 12th-century England. Pretty exciting, right? Don’t worry, it’s less dry than it sounds. In this post, I’ll talk a little bit about the main text that I’ve been working with: Geoffrey of Monmouth’s History of the Kings of Britain. Writing sometime between 1136 and 1138, Geoffrey presented his work as a historical account of the lives of ninety-nine British kings, translated from material that he found in an ancient book. Geoffrey tells a very compelling story, and Michael Faletra’s translation is top notch. The problem? Very little of the material in the History is remotely close to what we now consider factual. It reads more like a work of imaginative fantasy than a history book. Inspired by Virgil’s Aeneid, as well as Bede, Nennius, and Gildas, Geoffrey creates an elaborate history for the British people (these days we might call them Celtic peoples- the ancestors of the Welsh, Cornish, and Bretons). He begins with the fall of Troy, describing how Aeneas’ grandson, Brutus, brought a group of Trojans to Britain, defeated the giants who lived there, and settled down. From there, the History is a wild ride- there are more wars with giants, magic, prophecies, and multiple British kings who conquer Rome and become emperors. Where Geoffrey really shines is his tale of King Arthur. The History of the Kings of Britain is the first text in which the Arthurian legend really appeared in its present form, and it’s a great account. Arthur unites the Britons, conquers Iceland, Ireland, Denmark, Gaul, and Rome (essentially the known...

“What a feast for this age of restless curiosity”

I’ve been in London for a few days now and already I know it will be hard to leave this city. With a satisfyingly warm mug of tea in hand (Tetley’s, diluted to the color of wet sand by milk and made palatable by one—no, two—cubes of sugar that disappear in the warmth of the liquid: the distinguishing details of a perfect cuppa) and the full moon drifting higher and higher through the fog that has settled like a cosy blanket atop the flats across the way, I feel a little like life has sped forward and I’ve arrived in the future I’ve been dreaming of. I cannot begin to express my good fortune and gratitude for this opportunity. For someone who has braved the disorienting stacks of Cambridge’s University Library and who has cleared out entire call numbers from Magill’s shelves, I should not be intimidated by any library but the British Library (or BL), where I began my day today, is not a place to be trifled with. Nestled a mere block from the PA announcements, disoriented travellers, and commotion of King’s Cross Station, the modernist, red-brick building reminds me a bit of a formidable factory, churning out books like smoke against London’s surprisingly blue sky. During the Olympics, the library opens its doors at ten. Arriving early on my first day, I was surprised by the number of people milling about café tables or patiently queuing like good Brits, waiting for the library to throw open her arms and invite us inside. The BL holds regular exhibitions showcasing items in their collection resulting in a mottled...