The most recent exhibition to be featured in the Create Space is a colorful, playful, and thought-provoking mess―a Big Mess. Upon walking into the Create Space, I was taken aback as an immediate smile appeared on my face. The colors were refreshing, engaging, and certainly the “delightful spacial experience” the artist intended it to be. The space did not feature a blurb to explain the exhibit, and as such I was unsure what to make of it. Furthermore, I was unsure of where to look first, as all the bright fabric “messes” battled for my attention. I was also puzzled by the name of the exhibit, “Big Mess.” The construction of the pieces and the intentional, methodical placements were anything but messy. This contradiction was compelling, so I reached out to the artist, Jessie Lamworth ‘18, for more information. 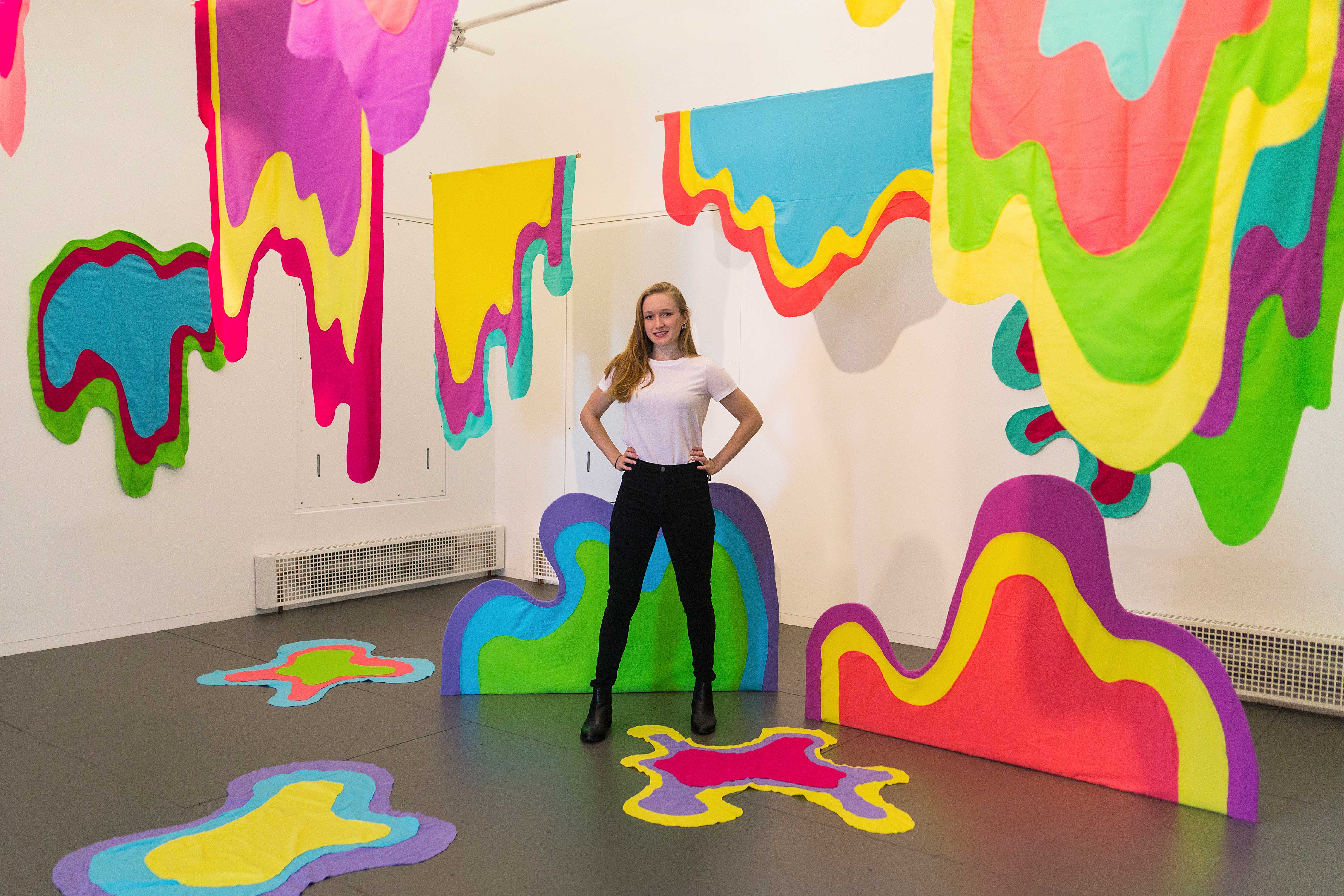 Lamworth, a Growth and Structure of Cities major, will be graduating this semester. As a cities major, Lamworth says she is always aware of how spaces are being used. The installation piece “Big Mess” was a response to a prompt given to students as an assignment for Sculpture 200: Materials and Techniques with Naomi Safran-Hon. The prompt asked students to “construct a site-specific intervention of space, using any desired material.” The assignment challenged students to “activate a space through visual methods that either disrupted or harmonized with its surrounding architectural context.” Lamworth responded to that prompt by creating colorful blobs of fabric stitched atop one another. 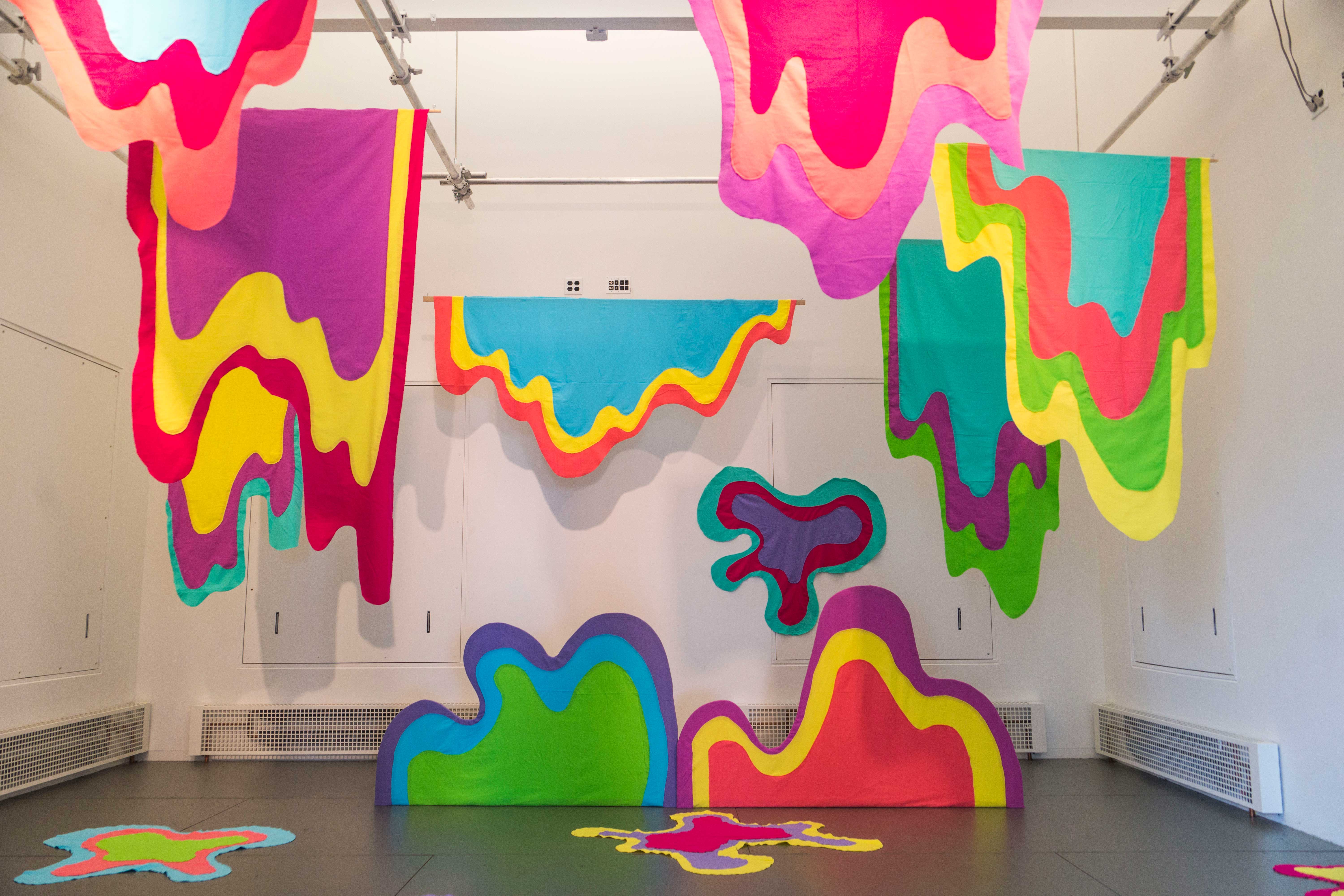 Lamworth says she spent days cutting out and sewing together the layers of fabric in a “simultaneously random and methodical manner.” The works are beautiful and visually pleasing. “Big Mess” asks viewers to think critically about what it means for something to be a “mess.” The project celebrates disorder by placing it in context of vibrant and cheerful colors.Through this exhibit Jessie asks, “what other things have been labeled messes—things that perhaps culminate in beautiful chaos, resulting from disorganized or seemingly shambolic work?”

As of now, Jessie does not have any plans for future. The exhibit is now closed, but you can check out one of her works permanently on display at Green Engine Coffee co.

What messes have you made recently?